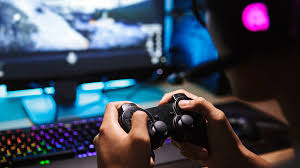 This video shows the Top 10 public companies by game revenue worldwide from 2012 to 2018. Many game giants from the United States, Japan, China, and South Korea are featured in this video. Companies, such as Tencent, EA, Sony, Microsoft, Activision Blizzard, Apple, and Google have been competing for the first spot for the past decades.